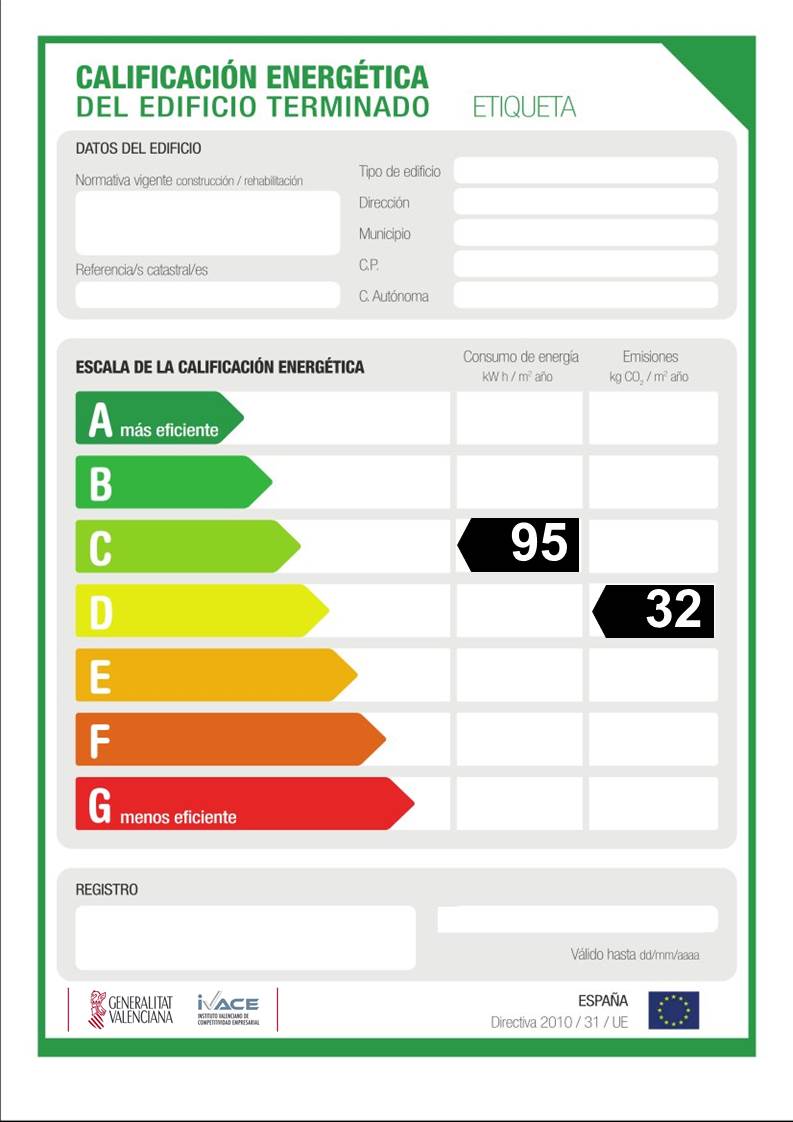 Properties for sale or rent in Spain must now have an energy certificate which cost between €100 and €350 depending on the size of the property.
New legislation was passed by the Spanish government in April and the certificates grade a property’s energy and carbon emissions based on the way it is being used.
The certificate shows energy efficiency on a scale of A to G, similar to the system used for electrical appliances and brings Spain into line with other European countries such as the UK and France.
It informs potential buyers or tenants on insulation efficiency and consumption of electricity and gas and became compulsory on 01 June 2013 and the fine for failing to provide one can be as much as €3,000.
The energy rating must be displayed in advertising material. The data is purely informative for potential buyers or tenants. In the case of a low rating owners will not be obliged to carry out improvements, unless, that is, they want to move up into a higher category.
The certificate will be valid for 10 years and can be provided by professionals such as architects, technical architects, and industrial engineers. Once obtained, the certification must be registered in a newly created registry.
All countries in the European Union are compelled to sign up for a 2007 EU Directive on Energy as part of a strategy to deal with climate change and sees the introduction of the energy certificates.
Elisa Sarría, technical director of Tinsa, said that properties built since 2007 should in theory already have an energy efficiency certificate. According to the firm’s estimates the majority of homes in Spain would fall in category ‘E’, revealing general poor efficiency levels.
There are exceptions. For example, the law will not apply to some tourist accommodation, properties occupied for less than four months a year and properties whose energy consumption is less than 25% of what it would be for a whole year.
Many estate agents believe the move will see older properties being better insulated as a poor rating could be used by a buyer to lower the price.
This law has been introduced in order to bring Spain up to European levels in the fight to reduce CO2 emissions into the atmosphere. It is meant to prove that energy efficient homes can reduce electricity bills and will lead to higher real estate quality and transparency in Spain.
An energy label will be issued by the authorised registration body for each Autonomous Community once the Energy Efficiency Certificate is registered.
Submitting an unauthorised EEC will be treated as false documentation and will be subject to penalties. Ensure the certificate is issued by a qualified professional who is registered at the official provincial association (colegio oficial).